Roland Sansone, A 36 year resident of Las Vegas, came to this community to start a business, and what followed was the creation of one of the state’s leading real estate development firms – helmed by a family that has demonstrated a commitment to the community they call home.

Since 1978, Roland Sansone has served as the president of Sansone Companies, a developer of commercial office, retail, and residential properties including a custom home division. In addition to managing its own assets, the company offers property management and leasing services. Sansone Companies holds a commercial real estate portfolio of over two million square feet, a residential portfolio of more than 100 homes, and property management relationships with clients in a diversity of industries including medical, retail and many more.
As company founder and leader, Roland’s responsibility is to set and drive the strategic vision for the organization. He is joined at the company by two of his sons, Miles and Devon, who are both graduates of UNLV.

Roland Sansone 2016 is about Giving Back

Beyond Roland’s professional contributions to Henderson and the Las Vegas Valley, he is also highly involved on a personal level as well, believing that service is a fundamental part of success. It’s not enough to work hard – you also have to give back.

Formerly a member of the Clark County Planning Commission, serving with Bruce Woodbury, Roland has served on the County’s Committee on Community Priorities, an action group dedicated to bringing residents into a community-wide discussion about making budget priorities. He and his company are proud sponsors of Candlelighters of Las Vegas and Opportunity Village. Roland has coached little league and youth basketball. He is also currently involved with 23 homeowners associations throughout the Valley, notably serving as a Board Member of Anthem Country Club.

Roland Sansone’s Contributions to the City of Henderson

Roland has also made significant contributions to the city of Henderson, which has called home the last 21 years Including the donation of a parcel of land on Eastern and Candelaria for a flood channel project, along with an additional parcel along Eastern Avenue and Richmar to help accommodate a lane expansion due to increased traffic on that highly-traveled corridor. . Roland also assisted the City of Henderson Public Works and Serene Country Estate homeowners in a comprehensive redesign of East Serene Avenue, at the request of the neighborhood homeowners and Councilman Steve Kirk. 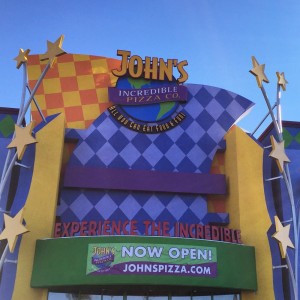 Most recently in late 2013, Roland purchased the Boulevard Mall, a struggling Las Vegas regional shopping center. To date he has committed 25 Million in renovations, moving toward a community center experience where services such as Medical, Dental, Vision, and Daycare, along with entertainment and restaurants will complement the typical retail offerings.

In December 2015, the property’s newest anchor, John’s Incredible Pizza opened for business and the property has seen positive direction and community attention since then.
Not deviating from his vision, and persevering amidst any economic conditions have been a recipe for success, and the groundwork for the future of Sansone Companies.