For Roland Sansone Nevada will always be his home and the place where he continues to develop and give back. Nevada is the place where Roland Sansone has raised his family, grown his company and given back to his community for over 30 years. Roland is proud to be part of the Las Vegas community and a real estate developer in Henderson, Las Vegas and all surrounding areas. Nevada is who he is.  As the song says:

Here are just some of the press releases and news stories that Roland Sansone has been involved with over the last few years (read more by clicking the links):

Las Vegas’ oldest shopping mall is getting a face-lift

Which Venues Are Getting a Makeover? 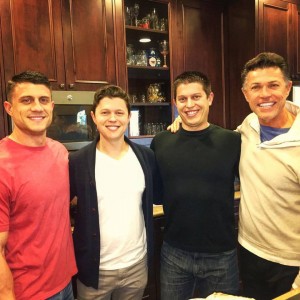 Founded by Roland Sansone in Nevada, Sansone Companies has developed Real Estate in the Las Vegas area for the past 35 years. The property offers full-service property, facilities, leasing, and sales consulting and management in both commercial and residential real estate. The company owns and manages several successful retail, medical, and office centers in Las Vegas including Park Place, Sansone Richmar Plaza, and Boulevard Mall. www.sansonecompanies.com